Who are the Original Inhabitants of Canada 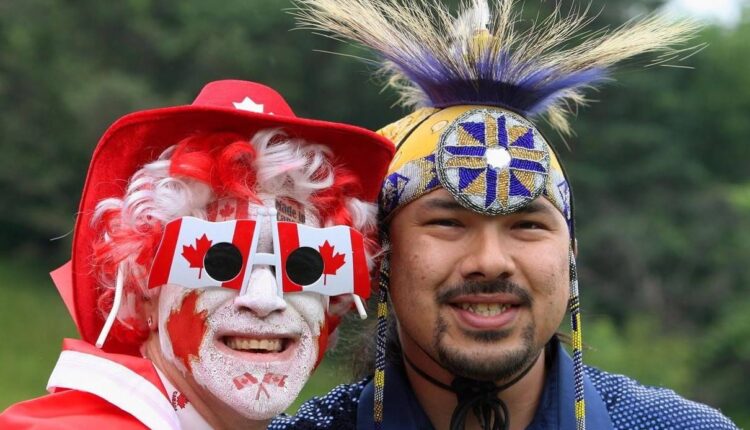 Before the colonists explored Canada, there were peoples living in it for thousands of years, so who are the original inhabitants of Canada?

Many questions may come to people’s minds about the Canadian aboriginal peoples:

Who are the Original Inhabitants of Canada?

The Indigenous peoples of Canada are a small but influential community that remind Canadians of their country’s ancient past and their contemporary responsibilities to its first residents.

First Nations: is one of three groupings of Indigenous people in Canada, Constitution Act of 1982 declares that Aboriginal peoples in Canada include Indian (First Nations).

Métis are people of mixed European and Indigenous ancestry, and one of the three recognized Aboriginal peoples in Canada.

Inuit are an Indigenous people, the majority of whom inhabit the northern regions of Canada.

According to official statistics in Canada, their number until 2016 reached nearly 1.6 million, when they constituted approximately 4.9% of the total population of Canada.

Languages are spoken by Indigenous of Canada

Not only English or French are the two languages spoken in Canada, but there are about 53 other indigenous languages in addition to many dialects. Some of them are still alive and used today.Over 60 Aboriginal languages reported in 2011.

There are languages that you may hear for the first time in Canada, such as the language of the indigenous American, Indians in Canada, whose name is Cree.

The number of the Aboriginal in Canada

Are native Americans still in Canada?

The answer is Yes. They exist and receive support today from the Canadian government, while there are laws that have been enacted to support and integrate them into local communities.

The law today is known as Bill-45 and aims mainly to integrate them, but the integration policies were a subject of contentation and groups of native Americans tried to provoke a hunger strike, protests against their integration into the local people, but the Canadian government continues to pursue this policy.

However, we find that many of the meetings that the Prime Minister of Canada had during the past years were with officials of these peoples.

The suffering of the aboriginal groups of Canada

Mass massacres and racist crimes perpetrated by the first Prime Minister of Canada and graves are still newly discovered, with expectations of many mass graves belonging to the indigenous people of Canada.

A long story in which details are brutal racist crimes against humanity, and perhaps the so-called ‘ boarding schools” funded by the Canadian government in the nineteenth century witnessed these crimes.
In 2021, an unmarked mass grave was discovered, bringing its number to 1100 across Canada, while documents indicate massacres against indigenous peoples in Canada in the past.

In 1998, the federal government acknowledged that there had been incidents of violations against boarding school students, and in 2019, nearly 2.800 children were documented who died in these schools.

It is worth noting that there are reporters today about the danger of extinction of the indigenous people in Canada in particular and the general areas in which they congregate in general, when the governments of countries are seeking to integrate them in local communities seriously.

Buying a house in Canada

For more information, you can watch the following video:

Accommodation And Study Costs at University In Canada